People are oftentimes confused when it comes to using the terms web designer and web developer. Even though both jobs involve working in the same type of business, they are visibly different, and they require totally opposite skill sets.

There are people who deal with web design and development at the same time, but that doesn’t mean that the two jobs are the same. They are not identical jobs. Instead, they are complementary. When people use the terms web designer versus web developer interchangeably, they are stirring a hornet’s nest, because it’s just plain wrong.

It is important to understand that an entire team can be required to design and launch a complex, interactive website. The development team can range from one or two members to fifteen or more.

The professionals involved in the process include web designers, web developers, copywriters, SEO specialists, and others, or you can also hire dedicated developers for your projects. Branding and the brand strategy are part of this process too. Thus, it’s easy to see how confusion emerges when analyzing what a web designer does differently from a web developer and vice-versa. This article created by our team at Amelia (probably the best WordPress scheduler plugin) is here to make things clearer.

How can you define a web designer?

Web designing has to do with anything that requires an aesthetic eye and artistic talent. Web designers are the ones who deal with the looks of a website, while also making sure that the site is easy to interact with.

The work of a web designer is critical in making sure that visitors spend more time on a website. They analyze the latest trends in web design, respect design principles, and norms, follow what users expect when visiting a website, and more.

Web designers create layouts and visuals that are eye candy for the visitors, while also keeping in mind how they feel while they browse a site.

Web designers also focus on including branding elements on a website, without making them look too abrupt or incongruent compared to the rest of the design. Since web design covers a lot of responsibilities, web designers can specialize in certain aspects of the site. You can encounter:

User Interface designers are the ones who handle how well users can interact with the elements that are present on the website. The User Interface is everything that a visitor sees when they access a website, and it needs to be well-crafted to fit the user’s expected workflow.

The duties of a UX designer and a UI designer can be merged into one job, creating a separate profile – the visual designer. Visual designing refers to creating interfaces that are both visually pleasing and convenient to use. They must also respect the voice of a brand.Visual design skills involve both creativity and programming.

What is a web developer?

The definition of a web developer is quite similar to that of a web designer. Web developers have an important role in website creation, as they handle the implementation stage of the process.

Back-end refers to what users can’t see when they visit a website. It has to do with the core structure of the website – the processes that make it function. Back-end developers have strong programming skills. They usually master programming languages such as PHP, SQL, C#, and Java.

Their work doesn’t have anything to do with how aesthetic the website will turn out. Their coding efforts are related to building web servers and databases instead of what the browser displays after a request. Back-end developers are logical thinkers with heavy technical knowledge.

Full-stack developers work on all of these layers, hence the name. The layers (or stacks) include elements from both back and front-end development. They can use all sorts of programming languages and they are also creative besides being technical.

To help complete the web designer versus web developer comparison, you should pay attention to these aspects:

Front- and back-end development can be studied more in-depth now that you know what different web developer types do. Front-end refers to all the elements that the visitor of a website sees when they access it. Front-end professionals work with graphic elements and appearance to make the interface pleasurable to use.

Contrariwise, back-end development focuses on how the website works. In particular, it deals with the inner processes that happen when an element is clicked, or a request is made. Back-end developers use advanced programming skills to do things like link users to databases, but they have nothing to do with the user interface whatsoever.

The tools and strategies that are used in web design and development are quite different. Web designers are those who handle front-end operations. Their work influences how users perceive a website.

They are familiar with programming languages that have to do with appearance and visuals – HTML, CSS, JavaScript. Thus, we can say that web designers rely on visual programming. Web designers are also proficient in programs from the Adobe visual software suite such as Photoshop or Illustrator. Using these tools, they can design graphic elements such as logos and icons.

Web developers primarily focus on functional programming. This means that they deal with the aspects that are not seen directly by the users. Web developers handle the inner workings of a website, making it run smoothly behind the scenes.

They are familiar with advanced programming languages such as Python,.Net, PHP, C# and more. Web developers use these languages to develop the UI that contains the site’s functions. Even so, they need to cooperate actively with web designers to make sure that the visuals fit well with the functions they develop.

Using the left and right side of the brain

This is an uncommon way to figure out the comparison between web designers vs. web developers, but it might help you get the difference faster. Some people are left-brained, while others are right-brained. This means that there is a part of the population that mostly uses their left or right side of their brains. People who are creative and oriented towards anything that is artistic or visual use their right side of the brain. People who think technically all the time and use logic in everything they do use their left side of the brain.

Web designers are right-brained. They tend to rely on intuition and artistic feel–they easily come up with creative ideas and use their imagination a lot. Right-brainers rarely think linearly. Instead, they come up with visual solutions very fast. Their eyes are trained for perceiving things aesthetically.

On the other hand (or, the other brain!), Web developers think more logically. Moreover, their ideas are mostly linear, and they follow strict principles when they work. They can find solutions to technical problems. Web developers are less creative than web designers, but they still need a strong imagination to figure things out.

What background education is required?

They don’t need to follow specific courses to be able to professionally design a website. Their past work is more important to employees, and this is the criterion they ask for in most of the cases. Of course, a web design school or course can perfect their skills.

Things are different when it comes to web developers. In order to have advanced skills in programming, web developers are generally expected to graduate from a school or university. Coding experience does matter too, but it can’t be achieved unless they go through a lot of the theory. However, you can always rely on a coding Bootcamp to get acquainted with new terms and techniques for the coding experience.

There are web developers that didn’t obtain a bachelor’s degree in programming and still perform well, though. It is a criterion that makes the difference only when the employer considers it relevant for their project.

The difference between web designers and web developers should be clear by now, but you might still be confused when someone uses the terms interchangeably. There is a terminology confusion that will continue to be made until people figure out what each of these jobs involves. A good idea would be to ask for more details about the responsibilities of the person when someone brings up the name of the job. This way, you can tell whether the person is a web designer, a web developer, or both.

If you enjoyed reading this article on web designer vs web developer, you should check out this one about dynamic websites.

We also wrote about a few related subjects like markup languages, what is Bootstrap, and JavaScript IDE. You can also check out this article with web developer portfolios. We didn’t write it, but it’s great.

Affordance in Web Design: What Do You Need to Know About It? 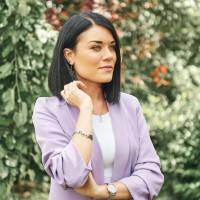 Isidora Markovic is the Head Project Manager with exceptional organizational skills and extensive knowledge of booking plugins. She loves that she is working on the project she truly believes in and enjoys sharing her expertise with the team and other IT enthusiasts. Isidora loves doing yoga and exploring different countries and cultures.

The process is smoother. Steps load faster. The conversion rate is higher.

If you have some pre purchase questions please let us know.

This website uses cookies to improve your experience while you navigate through the website. Out of these, the cookies that are categorized as necessary are stored on your browser as they are essential for the working of basic functionalities of the website. We also use third-party cookies that help us analyze and understand how you use this website. These cookies will be stored in your browser only with your consent. You also have the option to opt-out of these cookies. But opting out of some of these cookies may affect your browsing experience.
Necessary Always Enabled
Necessary cookies help make a site usable to end-users by enabling basic functions like page navigation, security, network management and accessibility and access to secure areas of the Website. The Website cannot function properly without these cookies.
Statistic Cookies
Statistic cookies help us understand how visitors interact with the Website by collecting and reporting information anonymously. These cookies allow us to count visits and traffic sources so that we can measure and improve the performance of our Website.
Advertisement
Advertisement cookies are used to provide visitors with relevant ads and marketing campaigns. These cookies track visitors across websites and collect information to provide customized ads.
Unclassified Cookies
Unclassified cookies are cookies that we are in the process of classifying, together with the providers of individual cookies.
SAVE & ACCEPT
Powered by